Córdoba, Spain – Recacor (Recauchutados Cordoba), one of the most important truck tyre retreaders in Europe, was at the centre of the programme at the meeting in Spain for the European sales force of Marangoni’s Retreading Systems division. The initiative was the ideal occasion to celebrate 25 years of partnership between Marangoni and Recacor, united in the promotion of quality retreading in Spain through the advanced technology of the RINGTREAD System.

The highlight of the event, which took place from 14 to 16 November, was a visit to the Recacor headquarters in Cordoba. The company, founded in 1926 by D. Laureano Moreno Lopez, is still run by the Moreno family, and produces more than 45,000 retreaded truck tyres per year using exclusively RINGTREAD System materials and technologies.

After the company visit, the Marangoni team gathered amidst the architectural beauty of the Andalusian city for a gala dinner attended by Manolo Moreno, owner of Recacor, and his son Manuel Moreno, the company’s Development Manager. On this occasion, representatives of the Spanish company received a plaque from Vittorio Marangoni celebrating 25 years of collaboration, signed by the Marangoni Group President himself.

Sincerely thanking Marangoni for the gift, Mr Moreno said: “The complete adoption of Marangoni’s ring technology in our retreading plant has been instrumental in the development of the business and in achieving the leadership position that Recacor enjoys. We are proud to have hosted the Marangoni team and look forward to the coming years of close cooperation.“

Vittorio Marangoni then emphasised that “Recacor is one of our most important partners in the world because, besides the historical relationship, they are in perfect synch with the company philosophy. Moreover, Recacor represents an example of excellence for all retreaders around the world.“

Recacor ranks among the top retreaders in Spain, both in terms of production and quality, as well as distribution. The company distributes its products nationwide through more than 80 sales outlets. 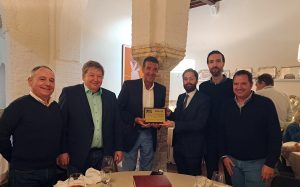 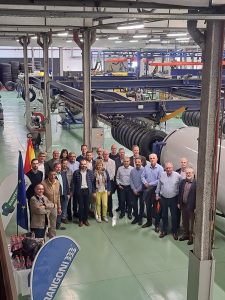 The Marangoni team with the hosts from Recacor inside the retreading plant in Cordoba (Spain).
My Tweets