The newly hired Phil Robinson will support the “veteran” Mike Carter, close to his retirement, in a gradual transition phase.

Rovereto, Italy – Marangoni Retreading Systems is pleased to announce that Phil Robinson has joined its sales and support team for the network of retreaders and partners, in the role of Senior Country Manager for the United Kingdom, Ireland and United Arab Emirates. The newly hired Phil Robinson will support the “veteran” Mike Carter, close to his retirement, during a gradual transition phase.

Phil Robinson, 40, has begun to work in the automotive industry, initially as a technician specialising in Mercedes-Benz and Bentley, and then as a commercial vehicle and spare parts seller. His journey in the Tyre industry began in 2014 as Key Account Manager for Continental, and more recently, as Regional Manager within Itochu owned ETEL (Kwik Fit & Stapletons Tyre Wholesale).

“Phil’s professional experience in the tyres world and his knowledge of the sector will certainly help us develop our position in his geographical areas of competence,” declared Matthias Leppert, Marangoni Group’s COO, when introducing Phil to the sales team. “I am sure that he will be able to make the most of the gradual turnover phase with Mike, to take advantage of the enormous experience of our colleague who’s about to retire after over 40 years of career in Marangoni.”

Mike Carter, 67, is a highly respected professional who has built a long and rewarding career in the retreading sector, initially as an importer of Marangoni in the United Kingdom and later as Managing Director of Marangoni Tread UK, the subsidiary of the group, which, until recently, had a warehouse and technical department in Stoke-on-Trent. Among his various areas of responsibility, Mike has taken care also of the business development in areas such as Saudi Arabia and the United Arab Emirates.

“I’m delighted to join Marangoni and very much look forward to having a positive impact on the business,” stated Phil Robinson. “As a market leader, the way we support our network and help develop Their business for the future is paramount to mutual success.” 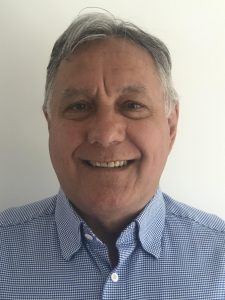 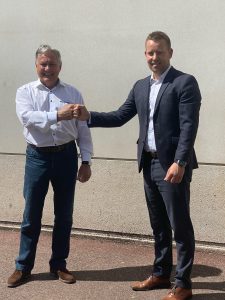