A partnership for mutual growth: this is what the Marangoni Group creates with its customers worldwide.

Rovereto (IT) – Marangoni had the honour of participating in the 50th anniversary celebrations of Recauchutagem Ramôa, a key Portuguese client and member of the RINGTREAD network of retreaders.

In order to celebrate this milestone with its associates and partners, a major event was held on Saturday 29 September 2018, with more than 250 participants, including all 110 employees. Guests included Enrico Centi, Area Manager of Marangoni Retreading Systems, who awarded Mr. Manuel Ramôa – the company’s founder – with a commemorative plaque signed by Chairman Vittorio Marangoni (see photo).

Thanking Marangoni warmly for the much appreciated gift, Manuel Ramôa added: ‘In a competitive, constantly evolving industry such as that of truck and bus tyres, it is only through excellence, commitment and teamwork that we can maintain the competitive advantage of our companies, thereby creating value for the transport fleets. Drawing on its experience, the support of a dedicated partner such as Marangoni and the quality of its materials for retreading, Recauchutagem Ramôa is now ready to take on new challenges and lay the foundations for further future development.’

The Portuguese company, founded on 31 August 1968, has been operating in the tyre sector for 50 years, also dealing with TBR tyre retreading using the state-of-the-art technologies of Marangoni’s RINGTREAD system. Recauchutagem Ramôa, which is still run by the founding family, has had a successful history and has grown steadily and strongly over the years. In addition to opening nine sales outlets strategically located in the areas where it is present, the company has maintained this growth through various investments to further increase the quality of its retreaded tyres. One of the most recent investments was the purchase – in 2012 – of a Marangoni Sfera 3000 inspection machine that uses shearography to ensure absolute product integrity. In 2016, it incorporated into its production process a new Eagle 2500 automatic buffing machine manufactured by Marangoni.

Based in Braga, 60 km from the city of Porto, Recauchutagem Ramôa has always paid great attention to modern transport fleet requirements in terms of reliability and low operating costs. This is why it has been using the Blackline series, i.e. the ultra-performance range of RINGTREADs, with great satisfaction for years. Specifically, its customers particularly appreciate the performance and fuel savings offered by the low rolling resistance RTL FE and RDL FE lines. 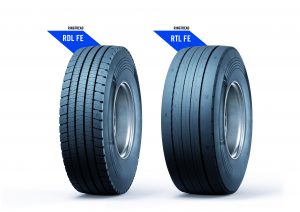 The RTL FE and RDL FE are fuel efficient designs that deliver the all-around best compromise to over the road fleets in traction, fuel saving and mileage, in long haul application. 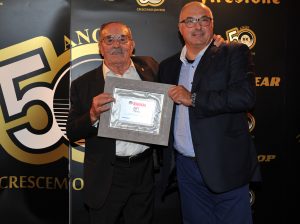