Rovereto (IT) – Marangoni is expanding its operation in the Nordic Countries further strengthening the relationships with two of the major retreaders in the region: Lujakumi Oy and Gummiservice Rade AS. The two experienced tyre retread companies are using the latest and most modern technology provided by RINGTREAD System for one and three years, respectively. Recently, a distribution agreement relating to Marangoni OTR retreads was signed with the two RINGTREAD network members. Based on that, the two firms are now starting to sell in their area of operation earthmoving and industrial handling retreads manufactured in Rovereto, Italy.

These two companies are now being supplied by Italian-based Marangoni’s productions, adding a new specialised product range to their commercial offer. Marangoni’s OTR retreads represent the synthesis of more than 50 years of expertise in the field. The extensive range of earthmoving retreaded tyres is not simply offering the most appropriate profile for each specific application but also involves the use of four types of Marangoni tread compound, which cater for differing environments and workloads.

Lujakumi Oy is a growing tyre retreader whose headquarters and production plant are in Pori, on Finland’s west coast. The company was founded in 1954 and was originally offering a hot cure retread process. They switched to precure process in 1968 and, since 2017, they’re using Marangoni’s leading-edge technology. The conversion took place after a challenging year and RINGTREAD products were the perfect answer to the transport companies’ demanding needs.

Gummiservice was established in southern Norway in 1967 but began TBR tyres retreading operations in 1986,  becoming over the years the major player in the region specialised in the precure process. In 2015,  the company integrated Marangoni’s RINGTREAD in their product range. Recently, the company has been acquired by Marangoni Retreading Systems Deutschland to grant continuity because the ownership decided to sell the company.

Both companies are focused on implementing tyre solutions based on premium retreading, using only quality casings from the most reliable new tyre brands to produce TBR retreads with exceptional performance and reliability. An important part of their business is selling directly to transportation fleets, thanks also to their own network of outlets. Lujakumi Oy are members of the Point S network and operate three tyre shops, strategically located in the region. Gummiservice, on the other hand, owns four outlets based in all big Norwegian cities.

Marangoni’s OTR retreads will add further value to Lujakumi and Gummiservice commercial offer and strengthen their position in the market. 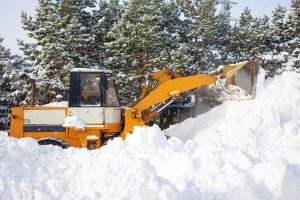