Rovereto (TN) – Marangoni S.p.A.’s Board of Directors has reviewed the strategical directions that were assigned to Mr Dino Maggioni in the Autumn of 2016.

Mr Dino Maggioni has consequently chosen to leave his position as CEO of Marangoni S.p.A. as well as all other positions within the Group.

The company thanks the former CEO for his work in the past two years of collaboration dedicated to the Group’s turnaround.

With immediate effect, the offices of CEO of Marangoni S.p.A. are ad interim held by the Chairman Vittorio Marangoni and the Vice-President Giuseppe Marangoni. 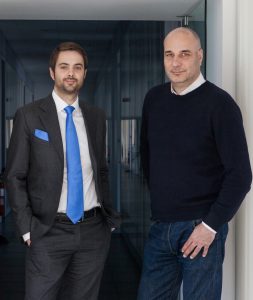 Vittorio and Giuseppe Marangoni
My Tweets