A new historical phase has begun for image promotion and contact with customers: today, the use of digital platforms seems to be much more practical and effective.

Rovereto (TN) – The decision was made as a result of a complex reflection and evaluation process that directly involved the Group’s top management: Marangoni has decided to rethink its participation in international trade fairs. This is a strategic choice driven by the need to follow more suitable and effective ways of promoting the company’s image and of staying in contact with customers. For this reason, from now on, the Group will be relying more on the potential of the Internet, especially on the digital platforms that make up what is commonly known as the “Web 4.0”.

For many years, participating in sector events has been one of the most preferred means of promotion for companies. However, today, all this seems insufficient as it involves an approach that, at times, is generic and disorganised, especially in the case of large companies, whose organisation is becoming increasingly complex, branching out and rapidly changing: in order to promote it effectively and facilitate interaction with customers and stakeholders, other tools are needed.

Today, the set of technologies known as “4.0” has become the means of communication par excellence, representing the world as it is. Thanks to new digital tools, being close to customers actually becomes a “reality” characterised by immediacy, globality and interactivity.

As Dino Maggioni, Managing Director of the Marangoni Group, announced at the end of February in a letter addressed to customers and partners, ‘It involves going from the experience of promotion to promoting an experience. Or, in other words, going from the “virtuality” of trade fairs to the “reality” offered by the latest technologies. It is not a paradox, but something that is happening before our very eyes.’

Unlike the simple “one-to-one” relationships established at trade fairs, digital technologies ensure “horizontal” and direct dialogue with customers, suppliers and stakeholders in general; they offer huge potential for growth, both internationally and globally; and, finally, they facilitate the creation of a network of relationships that forms a real “community”, which can be maintained over time.

This new phase is also backed by numbers. Since the beginning of the year, the Marangoni Group has launched a number of major information and promotional campaigns on its digital channels. As there are clear advantages over traditional media, these activities will be further intensified in the next few months.

With regard to traditional events, Marangoni will take part in the Global Retreading Conference, to be held on 29 May in cooperation with “The Tire Cologne”, a trade fair where the Group will be present at the stand of the company TRM – Tyre Retreading Machinery (Hall 9 / Stand E-010). 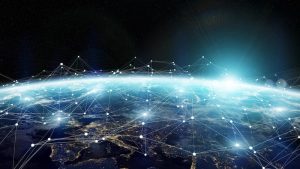 MAR from exhibition to the web4
My Tweets