New Group investments and synergies in support of the strategic penetration in the European market.

Rovereto (TN) – The Marangoni Group will exhibit at the next edition of the K Trade Fair in Düsseldorf through Eurorubber S.p.A., a company that operates in the technical compounding industry providing rubber compounds for many key industrial sectors. In this edition of the fair, from 19 to 26 October, Eurorubber will be present with the German subsidiary “MRSD” (formerly Ellerbrock Reifenrunderneuerungs-Technologie GmbH). This prestigious international showcase will play a particularly important role this year for the Italian group. During the event the new “Marangoni Technical Compounds” business unit will be officially announced and presented.

The establishment of this new business unit is the result of an investment process in technology, training, and qualifications launched five years ago and it’s part of a strategy to penetrate the European technical compounds market with a strong partnership between the Italian and the German production sites.

The initiative coincides with a planned expansion of the range of products, the implementation of increasingly widespread customer service, and the intensification of R&D activities in this sector. Marangoni Technical Compounds will allow the Marangoni Group to be more and more quick to respond to market demands within and outside national borders, where Eurorubber, through significant investments and a strong customer-oriented philosophy, has achieved a growing success in recent years.

The decision to present Marangoni Technical Compounds in Düsseldorf is not occasional: a major investment in a new mixing line at the German factory located in Henstedt-Ulzburg has already been completed. This ensures Marangoni’s ability to play a significant role in the European market. 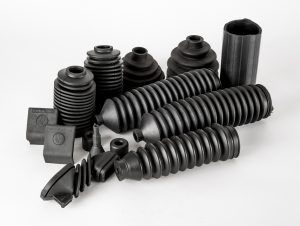