Marangoni Retreading Systems is pleased to announce that Nejat Dagdemir has joined the team in the role of General Manager of our Turkish sales subsidiary, Marangoni Kaucuk Ticaret, located in Izmir.

With 400,000 retreads a year and around 80 retreaders, Turkey is the sixth biggest European market in terms of the total number of retreads, and second only to Germany regarding cold retreading technology.

With the Ringtread and Unitread lines, Marangoni Kaucuk Ticaret has a twenty-percent share of the domestic market; a good level, yet less than in other European countries.

Marangoni’s Turkish sales subsidiary, successfully established and developed over the last twenty years by Osman Bayik, who has now retired, has an administrative and logistics function, as well as supporting customers – comprising around 15 medium-large retreaders – not only with sales and
technical service, but also with numerous additional services: sales strategy support, fleet promotional activities, consulting on quality and productivity.

Nejat Dagdemir is a mechanical engineer who has twenty years’ experience at multinational and international companies. His career started at Mercedes Benz, and then continued at Pirelli, where for many years he held various positions in sales until becoming Business Unit Truck Manager and, before joining Marangoni, was Country Representative in the Alliance Tyre Group.

Nejat Dagdemir’s extensive professional experience in the sale of tyres and his in-depth knowledge of the market will certainly help Marangoni achieve the growth objectives it has set and expand its presence on the competitive local market, bringing it to the level of other European countries.

“I am very happy to be part of the Marangoni team”, Dagdemir stated, “and I hope to contribute to increasingly spreading the idea that, with Ringtread, we have an exclusive product of the highest quality, which can ensure growth and profits for the end user”. 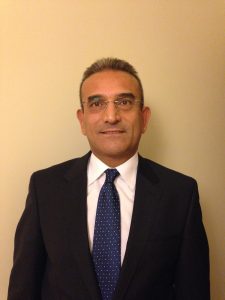