A little more than one year after the inauguration of its new plant in Rosario, Marangoni Argentina has further expanded its operations with the installation of a fifth 4-metre press for flat strips (Unitread and Precauch), plus two other presses for the production of Ringtreads, which will commence operation shortly.

These investments in technology are not only part of the constant innovation strategy pursued by the Marangoni Group in order to optimise its production processes and provide the market with the highest quality products, but above all the result of the excellent growth at Marangoni Argentina over the last year.

The investments will allow the company to expand production to full capacity, and consolidate its established leadership in its reference markets: Marangoni Argentina in fact has a 30% share of the domestic market, selling an average of 1.1 million retreaded tyres a year.

Installation of these new presses will therefore bring production capacity to around 30 tonnes/day, allowing the company to increase exports to South American markets, reduce imports from Brazil, and retain its already high share of the Argentine market.

Marangoni Argentina has in this way achieved the objectives it set on opening the new factory in terms of productivity and quality, with improvements in service and supported by growth in volumes in all Spanish-speaking South American countries.

The opening of this plant, which required significant investments in terms of infrastructure and equipment, has brought to five the number of plants around the world capable of producing the RINGTREAD line, under the umbrella of the Marangoni Group Business Unit specialising in cold retreading with precured rings. 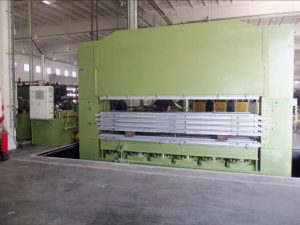