Marangoni Retreading Systems is pleased to announce the recent inauguration of a new manufacturing plant in Argentina, in the city of Alvear, Santa Fe. This new plant brings the total number of sites operating around the world and featuring RINGTREAD lines to five, all part of the Marangoni Group division specialising in cold retreading.

Marangoni Argentina S.A. currently has a market share of 30%, which makes it a leader on the Argentine retreading market. It operates a network of 11 authorised RINGTREAD dealers covering the entire country, as well as numerous other customers for the marketing of UNITREAD and Precauch strips and for business development in the Spanish-speaking countries of South America.

The opening of this new factory, replacing the previous smaller plant located in Rosario, required important investments in terms of infrastructure and equipment: the 4500 sq.m structure is located on a site covering 10,000 sq.m. The objectives of the new plant in terms of productivity and quality include bringing an improvement in service while at the same reaching a 20% growth in volumes over the next two years, in all Spanish-speaking South American countries.

Néstor Llaino, Vice-President of Marangoni Argentina S.A., during the inauguration of the new plant underlined the three main benefits that retreading can bring to the country: “tyre retreading extends casing life, allows lower mileage costs, thus keeping expenses down, something that is extremely important in a country where 80% of transport is by road, and, last but not least, retreading helps protect the environment”.

The Llaino family, minority stakeholders in Marangoni Argentina S.A., has since the early 1990s been one of the drivers in the development of the rubber sector in Argentina: firstly through the distribution company Quimica del Caucho S.A., the mixing company Causer S.A. and subsequently with the retreading materials production plant Distribuir S.A. in Rosario, now Marangoni Argentina S.A..

Massimo De Alessandri, Marangoni SpA CEO, highlighted how this new opening represents “the third most important step made by the Marangoni Group in Latin America: the first was the start of operations in Brazil, subsequently the partnership with the Llaino family, and now this new plant in Argentina”.

The objective of this new plant is further growth in the Marangoni Group’s position on the Latin American retreading market: forecasts are for an initial production of 5000 tonnes annually to be increased over the years, with additional extensions to be made until doubling production capacity. 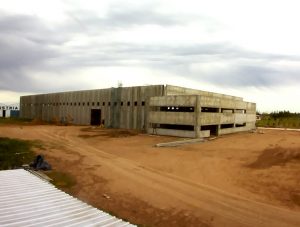 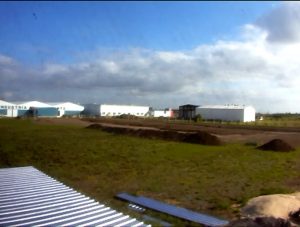 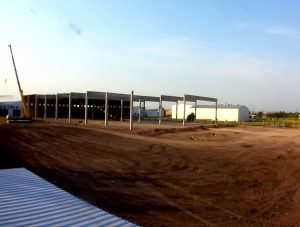