“A unique journey, 100% made in Italy” is the new campaign initiated by Marangoni Tyre, the Marangoni Group company that manufactures and markets car, light transport and SUV tyres.
Underlying a new range of campaign images is the concept of “made in Italy”, a distinguishing feature of Marangoni tyres, the only brand to be exclusively manufactured in Italy.

Marangoni tyres are in fact conceived, designed, tested and made at the company’s plant in Anagni, near Rome, and on the futuristic MTM production line, installed at the Rovereto plant (Trento) exploiting the considerable technological know-how that the Marangoni Group has acquired in more than fifty years of business.
In the new 2012 campaign, Marangoni has decided to portray its Italian-ness as the brand’s added value, highlighting a tangible difference from the competition, presented through original and exclusive content. For Marangoni this is the latest step in its program to boost the brand’s market positioning, a program that started several years ago with the aim of conveying its brand image in an innovative manner.

In this campaign, the concept of “made in Italy” is translated into the idea of a trip: a huge tyre travels across Italy and, being transparent, merges into one with the surrounding landscape. In this first stage, the tyre will travel through four of Italy’s best-known locales: the Amalfi Coast, Rome, Tuscany and the Dolomites.
Each image has a brief caption presenting the name of the locale, taking after the style of RAI television breaks in the 1970-80s. The text in the caption underlines the uniqueness of Marangoni tyres, which are as distinct as the panoramas of Italy.
At the close, the claim used for several years now in Marangoni communications is reiterated: conceived, designed, made in italy, and guaranteed for life by Marangoni. 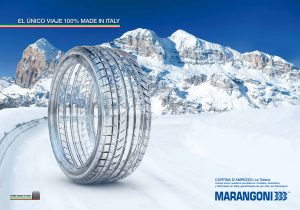 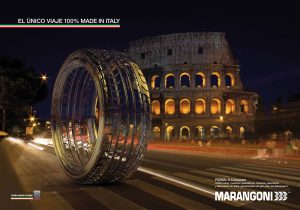 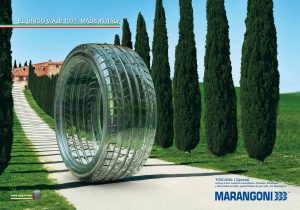 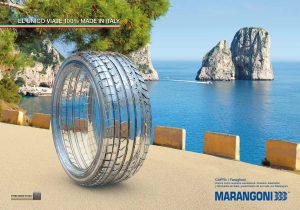 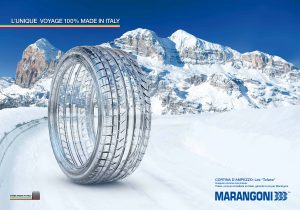 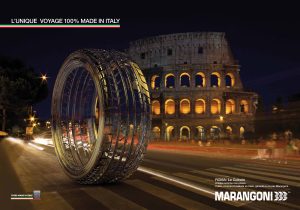 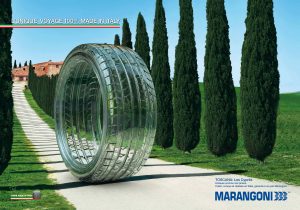 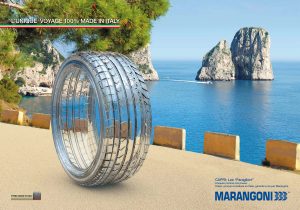 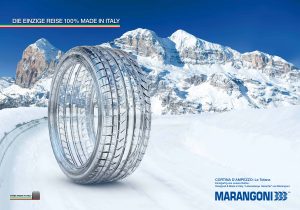 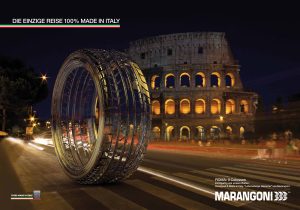 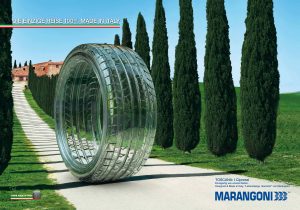 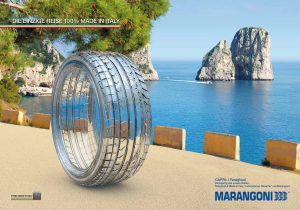 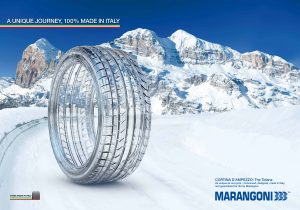 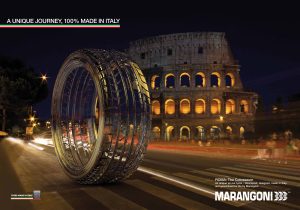 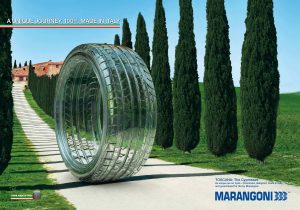 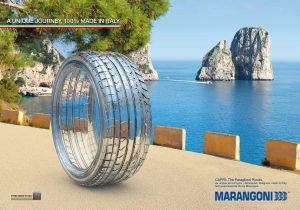 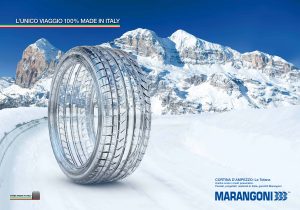 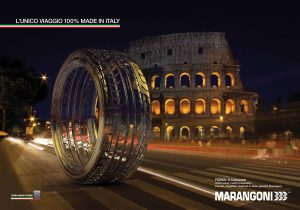 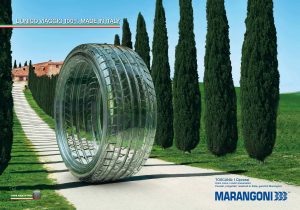 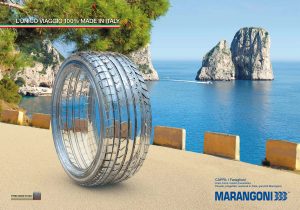