Madison, TN (January 18, 2012) – U.S. Representative Jim Cooper, 5th District, Tennessee presented to Bill Sweatman, President and CEO of Marangoni Tread North America; Special Congressional Recognition for outstanding contributions to the economic development of the State of Tennessee. Congressman Cooper expressed his pleasure in having Marangoni as part of the community and congratulated the company for its success.

Cathy McKellar, of The Old Hickory Area Chamber of Commerce presented the 2011 Momentum Award to Marangoni for exceptional standards of success for 2011. Ms. McKellar, in her presentation stated, ”Marangoni Tread is exactly the kind of company we want to attract to our area and are very proud that they chose to build here to have made such a big contribution to our community.”

In order to meet the growing demands of the commercial truck tire market, Marangoni Tread North America, located in Madison, Tennessee completed its biggest plant expansion in its history in 2011, a $10,000,000 investment resulted in the addition of 42 new manufacturing jobs in middle Tennessee. MTNA employs 82 people at the Madison location.

Bill Sweatman, President and CEO stated, ”Marangoni Tread North America upholds a strong brand, known for its dedication to quality and its commitment to independent retreaders and commercial dealers in North America. The Marangoni, RINGTREAD System® of retreading truck tires offers a distinct competitive advantage and that continues to support our commitment in leadership in retreading technology.
We are very happy with our decision to continue to invest here in the United States and especially in Middle Tennessee. We chose Middle Tennessee for its location but we made the decision to grow, expand and invest here because of the people.”

Marangoni Tread North America supplies materials for the retreading of commercial truck tires throughout North America through its network of independent, licensed retreaders.

Due to growth of more than 25% over last year, Marangoni had to more than double its manufacturing capacity just to meet market demand for its products. The more than $10,000,000 investment, in the most modern tread manufacturing of its kind, will help Marangoni continue to grow market share, market strength and customer satisfaction.

Recognized as the world leader in tire manufacturing and retreading technology Marangoni was founded as a retreading company by five Marangoni brothers in the 1950s. Marangoni S.p.A., Rovereto, Italy, is now one of the only manufacturers in the world to manage the entire life cycle of the tire. The company has been dedicated to developing innovative machinery and applied technologies for new tire manufacturing processes as well as leading the way in retreading systems and total tire life cycle management for more than 60 years. Marangoni currently has ten manufacturing plants on three continents with a fully global reach when it comes to distribution, and market share growth.

In 2002, Marangoni Tread North America moved from California to Madison, Tennessee in order to expand their market reach for independent dealers. MTNA chose a 150,000-square-foot facility in Madison, TN, as the site for their first North American manufacturing plant in 2004. Today, the headquarters facility houses the corporate offices as well as the manufacturing and warehouse operations.
The decision to build manufacturing in the United States was made to ensure close proximity to their customers and establish a quality, customer oriented workforce. MTNA has since grown to more than 4 percent market share in North America and became the fastest growing tread manufacturer in North America.

Over the past 10 years, Marangoni Tread North America has built a loyal customer base in the United States and Canada, significantly increasing unit sales and growth. As the product demand continued to rise each year, the company decided in 2010 to make an even stronger commitment to the commercial trucking industry by establishing themselves as a full-service supplier and a total solutions company for both retreaders and fleets in N.A., this decision lead to the 10 million dollar investment in the Madison, Tennessee facility that was completed in 2011. 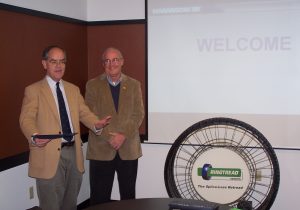 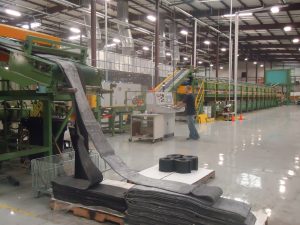 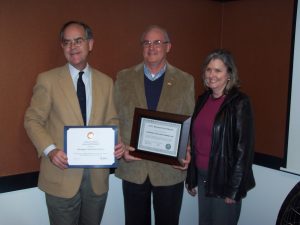