“This new business name is a crucial step in the integration process between the German company and our group. By doing this we aim to both consolidate our presence in German-speaking and Scandinavian countries and focus more decisively on important new eastern European markets” (Massimo De Alessandri)

Starting from the 1st of September 2011, Ellerbrock Reifenrunderneuerungs-Technologie GmhH, acquired by the Marangoni Group in the early 1990s and specialising in the development of tyre retreading materials, will trade under the name of Marangoni Retreading Systems Deutschland GmbH.

“The new name given to the German company and the adoption of our brand confirms the increasingly important bond that our group has formed with Germany over time, above all in a period when this country clearly represents the main European market and the driving force of the continent’s economic recovery. A bond that in recent months has been further strengthened through the acquisition of Bremen-based Wenzel Industrie GmbH, a company dealing with industrial tyres”, commented Massimo De Alessandri, Marangoni Group CEO (annual sales of 400 million euros). “Putting our name on the products manufactured in Hamburg and sold in most of continental Europe will on one hand complete our brand’s globalisation process in the retreading sector and on the other combine its traditional values of specialisation and innovation with the qualities of Made in Germany products that have sustained the development of German companies in the world markets.”
The new name of Marangoni Retreading Systems Deutschland GmbH also represents a further development in the company’s business expansion plans, exploiting its location – not far from Hamburg – to serve and penetrate markets in German-speaking countries, Scandinavia and eastern Europe.

The Marangoni Retreading Systems Deutschland facilities in Henstead-Urzburg cover an area of 26,500 sq.m, with an additional 13,500 sq.m occupied by the logistics centre, and currently employ 120 people. The plant manufactures Profil Liner precured tread strips and RINGTREAD precured rings for truck tyre retreading. The investments made by the Marangoni Group in 2009 have seen the site equipped with the latest technology currently available in the sector, as well as advanced machinery developed and built specifically by the Marangoni group, such as the Alpha Ring automated production line.

One of the main features of production at the Marangoni Retreading System Deutschland plant is undoubtedly the manufacture of RINGTREAD precured rings, the innovative idea introduced by Marangoni in the mid 70s that revolutionised the way a tyre is retreaded, applying the same principles used in the production of new tyres to retreading. Every RINGTREAD is made individually in a centripetal press, ensuring that the tread takes on the final form it will have once applied to the casing right from the very start of the production process, without any tension or deformation that may affect performance, and without the “splice” that are typical of traditional cold retreading.

The other important product made in Hamburg is the Profil Liner range of precured tread strips used in traditional retreading which have for some time represented the German company’s main offering.

Sixty years since it first started business, the Marangoni Group is still one of the few companies in the world to adopt a complete approach to tyre production. Its highly integrated operations in fact cover the entire life cycle of the product, in different segments of the market: production of machinery for the tyre industry, development of retreading materials and technology, new tyre production (for both industrial vehicles and cars), and industrial scale retreading. The products are marketed through branches and distributors in many countries around the world, as well as through the company’s distribution network in Italy. The final phase is represented by the production of clean energy through the thermal processing of used tyres. The Marangoni Group’s annual sales total around 400 million euros.

The Advanced Research and Development Center in Rovereto operate extensively through all areas of the Marangoni Group. Its task is to define the development specifications both for compounds – in all applications, from retreading to new tyres – and in relation to the technological aspects of new car tyres, working on the design of the tyre’s internal structure and the tread patterns.

Founded in 1919 by Heinrich Ellerbrock in Hamburg and part of the Marangoni Group since 1990, in order to expand further the German company moved from its original location to its current site in Henstead-Urzburg in 1993. The move was completed in 1995, and for the following decade the focus was on technical and industrial integration with the other Group plants, so as to develop a global supply network capable of meeting the needs of different markets and customer segments.

The introduction of RINGTREAD precured ring production (Marangoni patent) in the early 2000s marked the start of progressive integration of the products and related brands marketed by both companies. Currently the German company produces cold retreading materials and technology, with annual sales of 32 million euros, and accounts for 20% of the German market in its reference sector.

Wenzel Industrie GmbH, part of the Marangoni Group since 2010, is responsible for the commercialised of Marangoni industrial tyres and retreaded earthmoving tyres in German-speaking countries (Germany, Austria and Switzerland). Based in the Bremen industrial district, Wenzel Industrie has significant knowledge and expertise in the fields of industrial tyres for fork lift trucks and earthmoving machinery, following 35 years of activity in these fields.

Wenzel offers a complete service in the industrial and earthmoving tyre segment. Professional inventory management and efficient logistics guarantee virtually instant product availability. Specifically, the German company can provide qualified consultants from both its offices and in the field, who are able to offer customers information and advice on any matter relating to industrial tyres and earthmoving retreads. Wenzel Industrie offers assistance in fitting forklift tyres directly at customer sites, with a fleet of over 100 mobile fitting presses that are managed through the Quickmont network. 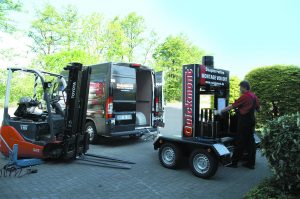 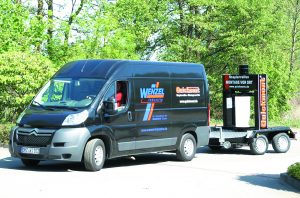 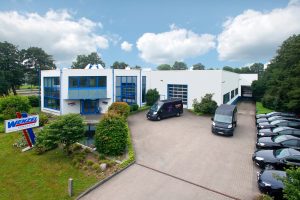 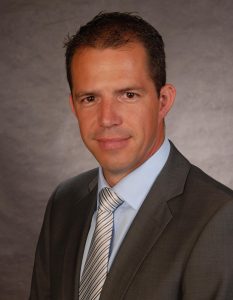 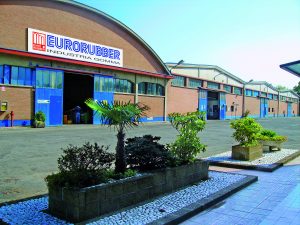 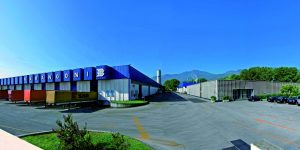 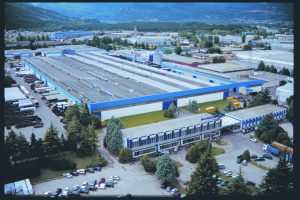 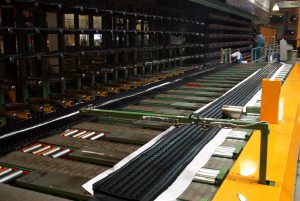 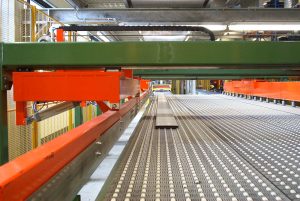 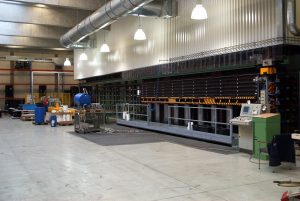 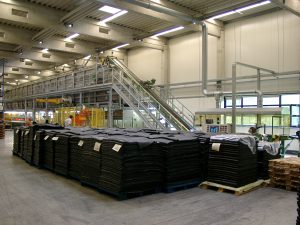 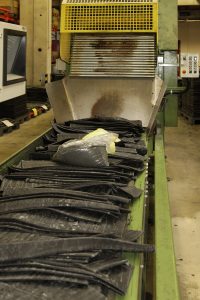 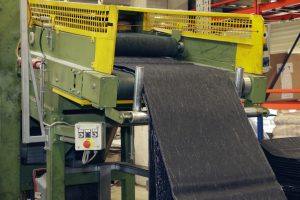 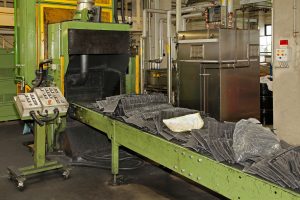 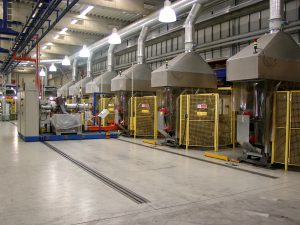 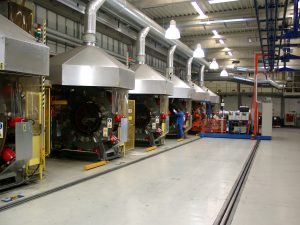 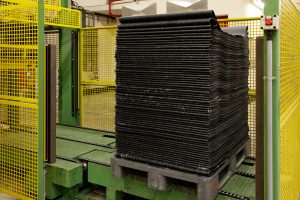 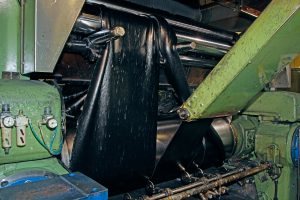 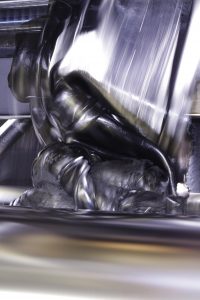 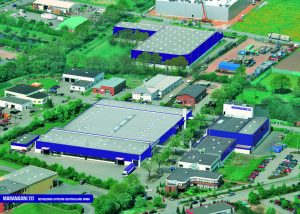 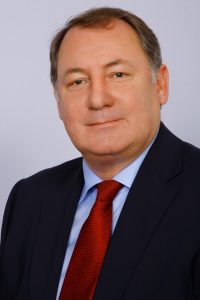 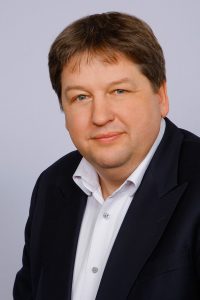 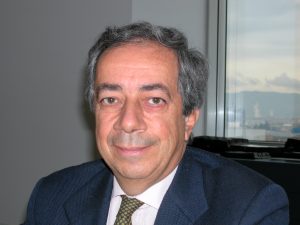 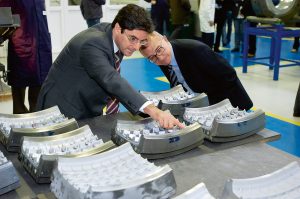 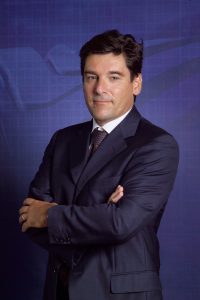 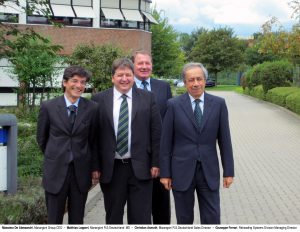 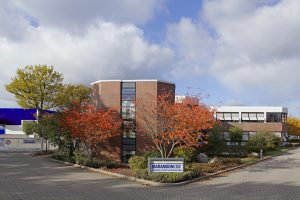 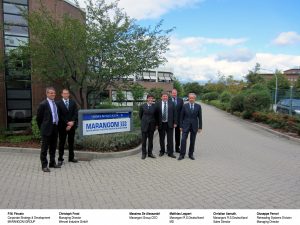