The reawakening of quality retreading in the Middle East, together with the considerable progress Marangoni Retreading Systems has made in aligning its organisation to customer needs, has driven growth in the number of Marangoni partners in the area.
Expansion of operations in the Middle East is part of a strategy to extend RINGTREAD sales into countries with strong market growth and cost competitiveness. These are countries that are geographically small yet wealthy due to their oil reserves, and where governments are trying to diversify the economy away from petroleum by developing other sectors, such as transport.
In recent months, Marangoni Retreading Systems has stipulated new partnership agreements with several important Middle Eastern retreaders, including Al Zahem Industries in Kuwait.
Through this contract, Marangoni Retreading Systems has been able to enter the Kuwaiti market and will be backed by the significant experience and skills acquired by the country’s sole retreader.
Kuwait, with its modern road network and long transport corridor connecting Iraq in the north to Saudi Arabia in the south, is considered a hub for all transport into Gulf countries.
With 150,000 units sold, both new and retreads, the country is currently seeing a strong shift to radial tyres in the latest sizes.
Al Zahem Industries has over twenty years’ experience and believes that this partnership with the Italian company will represent an important source of growth and profits, through the possibility to offer users an exclusive and high quality product with state-of-the-art RINGTREAD technology. The retreader’s mission is, in fact, to help end users keep costs down by using highly reliable tyres that can guarantee improved efficiency and prevent the risk of vehicle downtime. They don’t “just” sell retreaded tyres. Mrs. Haifa Abdulla Al-Zahem, General Manager of Al Zahem Industries, stated: “The partnership with Marangoni will provide our customers the best that retreading has to offer: RINGTREAD is the only circular retread. It adheres perfectly to the tyre casing, without joints and any tension or deformation, while ensuring faster processing, less waste and performance that is the same if not higher than offered by a new tyre”. Mrs. Haifa Abdulla Al-Zahem continued: “The tests conducted have shown how RINGTREAD guarantees the same or even higher mileage than the original tread, reducing the cost per kilometre, decreasing vibrations, giving greater balance, better heat disposal and with an identical appearance to the original tyre; moreover, with shearographic inspection we can now detect and identify any problems in the casing”.
The partnership signed with Marangoni is aimed at maintaining future leadership in the sector, offering end users a high level of service and growing the value of Al Zahem Industries for shareholders.
The collaboration with Marangoni is thus an investment in the future, a platform that allows the business to grow through products, technologies, services and programs developed jointly, within a framework of flexible and customised cooperation that allows retreaders to offer users a product that is unique and of the highest quality available anywhere in the world. 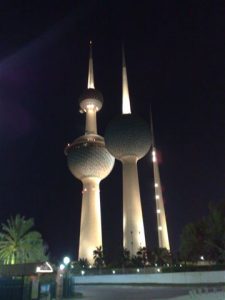 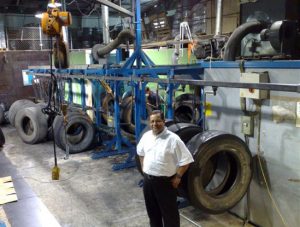 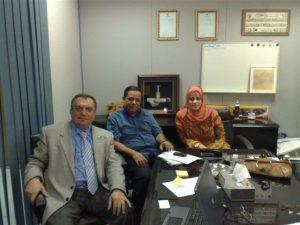